a tale of remembrance and oblivion, darkness and light, a blurred story about what we decide to left in the darkest places of our mind, and the strength we need to bring it to light.

Everything started from a technical test with a drone lighting source. Drone lighting is possibly a revolutionary technique, not only because it opens the door to new lighting effect, but also because it makes some lighting situation that were impossible, extremely simple. Without a drone is difficult to hang a light in the middle of a lake, but with a drone it takes seconds.

Since the beginning I was looking into the possibility of creating a visual representation of the memory process. Lighting movement, that hide and show part of the frame, seemed to me the perfect representation of the process of remembering, with some memories that fade out, others that change loosing details, others that seemed forgotten that suddenly reappear from the darkness.

From these suggestions I developed the narrative of the short movie: I believe that what we remember, what we forget, is not unrelated with what we think and what we want, but is deeply connected with what we decide to keep with us and what we prefer to hide to ourselves. Reminescence is the story of a young girl coming back to the place where she grew. This place awakes some memories and reveals to her something she decided to forget. With dynamic lighting I tried to make visible the memory process and her inner conflict with her past. I’ve tried to infuse every aspect of the production with the vagueness typical of the memory, starting from the cinematography.

The goal of lighting in the storytelling of the memories was to underline the relationship between remembrance and oblivion letting portions of space fall into darkness and unveiling others. For that reason we needed a moving source with a narrow beam of light. With Action Drone technicians we started looking for a fixture powerful and lightweight enough to be installed on a drone head for remote control. In the end we chose a commercial led flashlight (specifications) which had all the features we needed and accommodated the production budget. Later we adapted it so we could use standard 14.4V battery packs as power supply and have remote switch on. During the shooting of the film the skill and coordination of Action Drone pilots was essential to achieve the light movements choreographed with the director for their meaning in the storytelling.

Scenes of “the present” were shot in daylight with the addition of a 700W ERS for passing light effects and to strength the dramatic subtext of some shots. 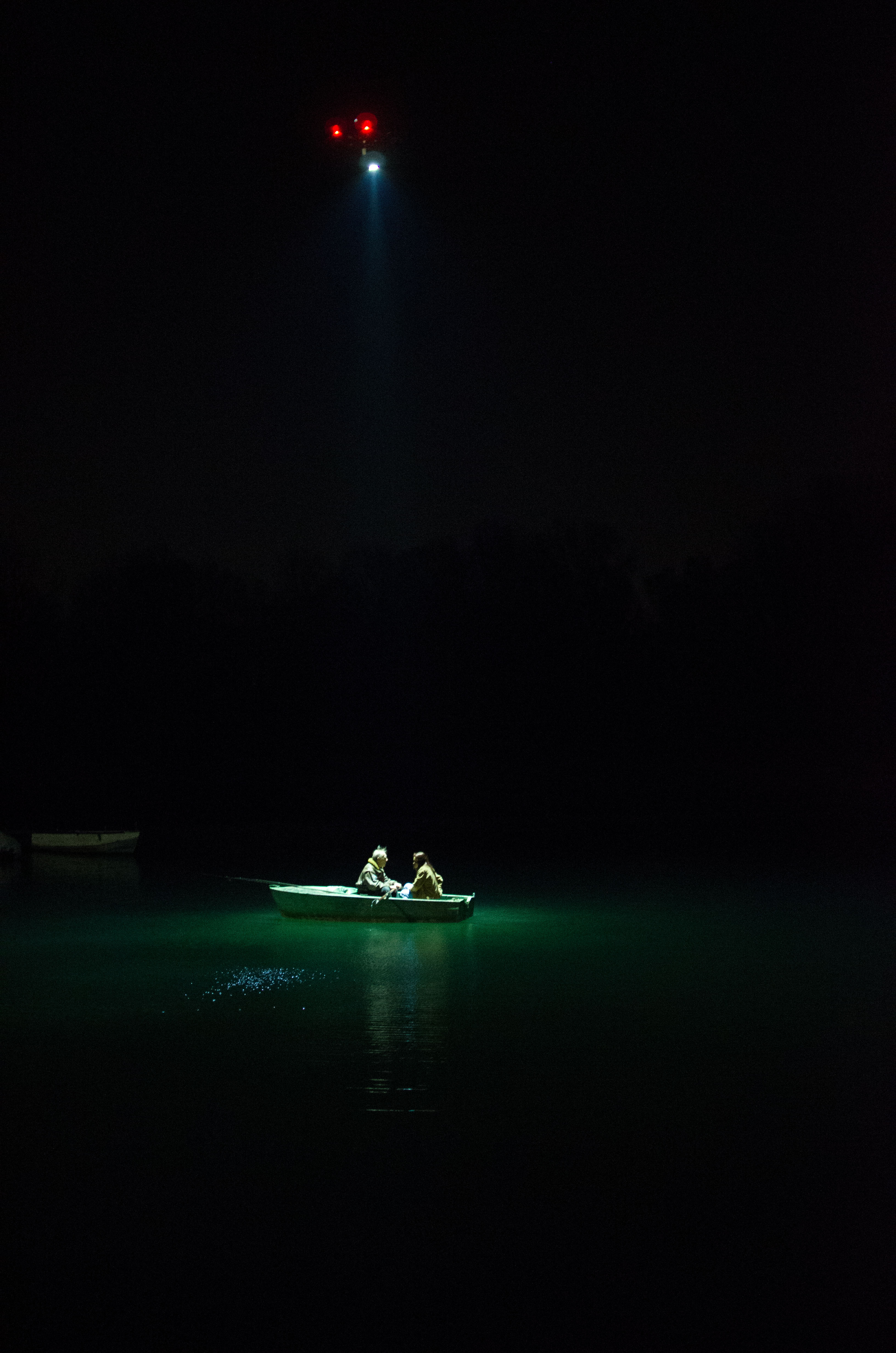 What we wanted was the camera to explore space and events in a smooth and subtle way, but we also needed to be fast and use as few grips as possible. The film was shot entirely with Arri Alexa Mini, most of the time on a Ronin-M gimbal and on a lightweight dolly for the forest run scene.

The aestetichs we pursued all along the film was extremely low-key and high contrast, especially in the outdoors with the drone harsh light. Choosing the right lenses for the project i was looking for something to smooth the transition between shadows and highlights and enrich images with subltle and pleasant flares when wide open. I knew the aerial light output would have been moderate due to high distance and technical limits of the source so we needed fast lenses. I chose Canon K35 T1.4 vintage lenses which have been proven to be performative and delivered lovely aberrations even at wide apertures.

Acknowledging that chapters of your life exist only as memories is a bittersweet melancholy. For Reminiscence our music is like digging up an old Polaroid or an old piece of film. After years of neglect, the sound, like memories, start to decay, warp and fade. Familiar but unfamiliar, analogue synths and ambient drones create a sense of otherworldliness and time passed. In the present, we reflect on these memories with an intimate choir and silence: Which memories remain true? Which ones have been changed by time?